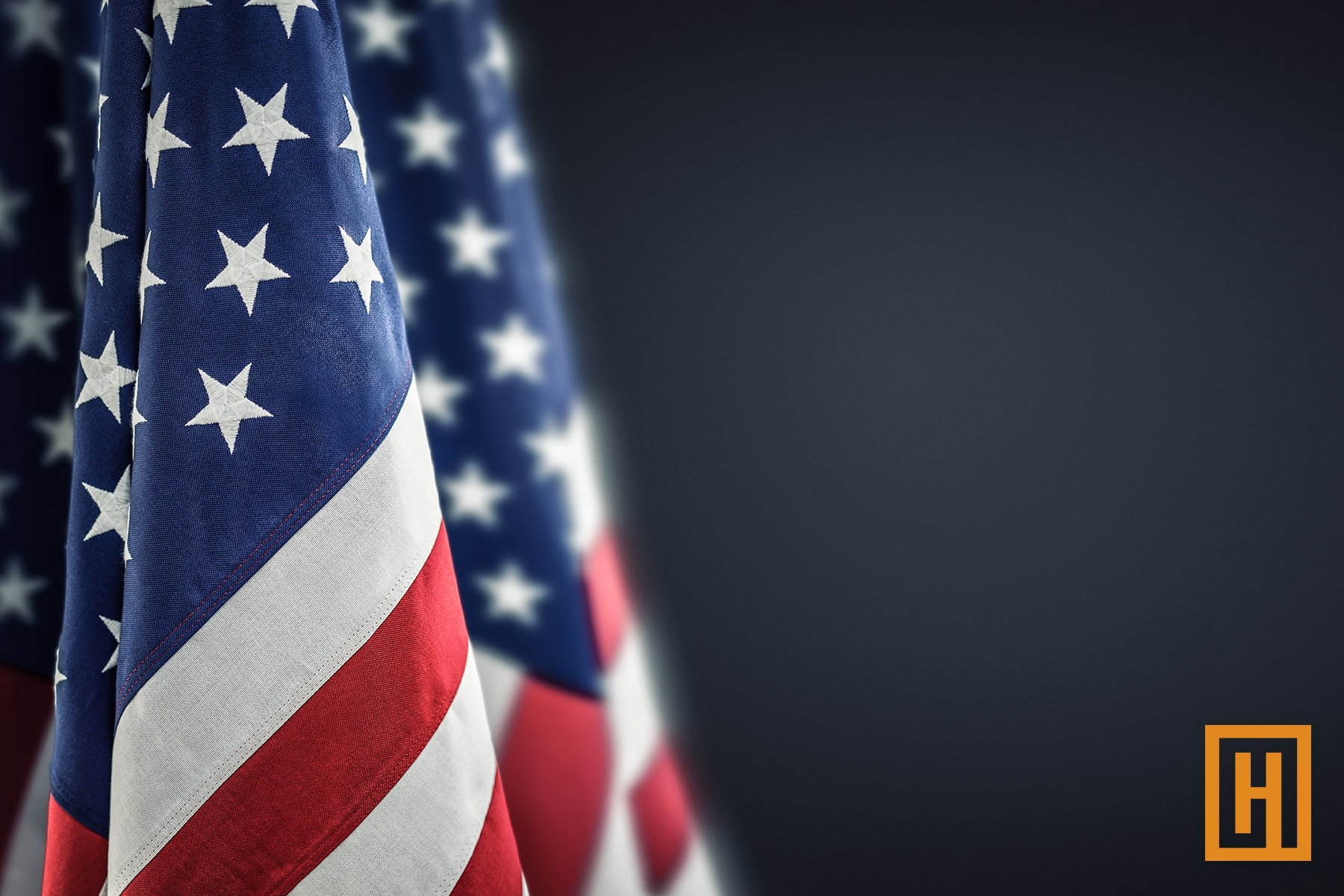 The Hilton Capital investment team draws from current market conditions, expected actions from the president-elect, and historical examples to offer insight into what 2021 might hold for a Biden economy.

Similar to President Barack Obama, President-Elect Joseph Biden will inherit a fraught economy albeit with a very different set of circumstances than the country faced during the financial crisis. However, Biden’s experience in confronting a massive economic crisis provides us with a potential blueprint for how he’ll attack the fallout from the COVID-19 pandemic.

The Obama years were characterized by slow and steady GDP growth and a general labor recovery set against the inherited financial crisis in 2008 and 2009. The highest GDP growth achieved during this period was 2.9% while unemployment steadily declined each year. The markets rallied steadily and overall the United States significantly outperformed the rest of the world. The markets rallied from the depths of the crisis and posted consistent gains throughout Obama’s tenure and unemployment dropped every year yet the hangover from the financial crisis and the stalemate in Congress frustrated the markets as many hoped for a steeper recovery.

If we take 2020 out of the mix, President Donald Trump’s economy behaved in a similar fashion in terms of GDP growth but saw even steeper market gains and continued declines in unemployment. Similar to the Obama years, the highest recorded GDP growth was also 2.9%. After initial confusion and volatility upon the news of Trump’s surprise win over Hillary Clinton, the markets roared and responded positively to the corporate infusion of cash by way of the Trump tax cuts. The Trump Bump was real and heading into 2020, it seemed the U.S. economy was on pace to continue smashing records, though there were signs that it would begin to slow later in the year outside of huge unforeseen changes.

Then came the most unforeseen change of all—a global pandemic.

“The financial crisis was a full scale catastrophe from an economic perspective,” says Hilton Co-Chief Investment Officer Alexander Oxenham, referring to the Great Recession. “The breadth of the damage was incredible because we had a credit crisis, massive unemployment and a financial sector on the brink of collapse.”

“The overwhelming monetary and fiscal stimulus that was poured into the system gave us a real shot at rebuilding in a way we didn’t after the financial crisis.”

“And if you think about the extraordinary measures that were taken back then to shore up the financial sector, it’s nothing compared to what was done in the summer of 2020 to ensure a faster and more complete recovery,” he adds. “I’d give the government’s coordinated response a lot of credit for learning from 2009 to inject unprecedented support into the system.”

Hilton Founder Bill Garvey adds: “That’s not to say Spring of 2020 won’t go down in history as a complete catastrophe. It was. We had never before seen a wholesale global shutdown and cratering of every market. But the overwhelming monetary and fiscal stimulus that was poured into the system gave us a real shot at rebuilding in a way we didn’t after the financial crisis.”

The Market Welcomes a Return to Normalcy

“Our long-term optimism outweighs our short-term concerns around what will likely be a difficult couple of economic months,” says Hilton CEO Craig O’Neill. “The Biden team will have to contend with some serious consequences from a second wave of the virus, with several states contemplating further lockdown measures. But we need to separate that from the markets, which are responding positively to Biden’s choices like Janet Yellen as Treasury Secretary.”

“I think Yellen is a solid choice,” says Tim Reilly, president of Hilton Capital. “She’s a familiar face that doesn’t rock the boat all that much and has a strong history as a labor economist. The labor market desperately needs to recover, which makes her a good fit for what will be the most difficult part of the recovery.”

The markets did indeed signal optimism that there will be a smooth transition and trust in cabinet members who have the requisite experience to guide the nation through further uncertainty related to the virus. Moreover it seems that it has already priced in an economic rebound on the chorus of good news surrounding promising vaccine trials. To that end, the Hilton investment team is cautiously optimistic that the equity markets will remain stable and trend upward even if there is a gap in economic performance in the final days of 2020 and into the first quarter.

Oxenham believes there are other tailwinds that will drive further growth and recovery in 2021 as well.

“What’s happening in the housing market is really encouraging,” says Oxenham. “So much of the nation’s wealth is tied to housing and we’re seeing really positive numbers there. Of course it’s at the expense of our urban centers so cities will have a more difficult climb, so not every aspect of real estate will improve simultaneously.”

The Hilton investment team is cautiously optimistic that the equity markets will remain stable and trend upward even if there is a gap in economic performance in the final days of 2020 and into the first quarter.

“But there are enough pockets of performance such as housing to boost recovery and other areas such as industrial, cold storage, data centers and logistics that will continue to perform well enough to provide a healthy return in the REIT space, as an example,” Oxenham adds.

O’Neill weighs in with a macro view, saying, “If you look at the overall picture, there are probably more tailwinds than headwinds to build on what Alex is saying. We know interest rates will remain low for an extended period, which should encourage borrowing and investment. Yes, it presents a challenge to find yield in the fixed asset arena, but even here we’re seeing some bright spots. I agree that housing is a huge positive and if you look at the banking sector, the U.S. banks did a pretty good job with loan loss reserves so I think they’re well positioned to weather the storm.”

The markets appear to be reacting to the political landscape as well, notes Garvey.

“One of the things we’re already beginning to see from the markets is what I might describe as a sense of relief,” Garvey says. “The markets generally responded well to Trump administration policies but there was always some tension that unnerved investors because policy, particularly with respect to trade, was so unpredictable.”

“So there are a couple of things at play here,” he continues. “One is I think the market is factoring in greater certainty that there will be a second round of stimulus. It might be too late to truly help Americans in need, but the markets know it’s coming. Two, there appears to be a sense of relief that there will be a return policy norms. The markets, like most people, hate surprises.”

“But the third factor is just as important in my mind and that is the calculated bet that Republicans will control the senate,” he adds. “Because the market likes the economic policies and conditions we currently have, it favors a divided government that will prevent us from lurching too far in any one direction. This gives companies and investors more time to make decisions and reduces the fear of the unknown.”

Oxenham widens the economic lens even further by speaking to the global economy, saying: “What’s really impressive is our relative performance to the rest of the world. We continue to outpace every nation by a considerable amount and I don’t see that changing anytime soon. Brexit is still going to cause confusion in the Eurozone as is the suppression of tourism, which is so vital to the European economy.

“I’m concerned at one level that Europe and other parts of the world will have a downward drag on the global economy, but again, in relative terms, the United States is in the best position to lead the world out of this recession,” he adds. “And in many ways, despite the likelihood of a brief dip in the coming months, I would say we’re already well on the road to recovery.”

“In terms of opportunities outside of the United States, Emerging Markets should enjoy better growth than their mature counterparts because the dollar will likely remain weak through 2021.”

Hilton CEO Craig O’Neill summarizes the team’s general outlook saying: “Overall, there is a greater case for optimism than pessimism. We’re nowhere near out of the woods, but with additional stimulus, stable policy moves and a more cooperative approach to foreign trade, a Biden economy could look a lot like what we experienced under the Obama administration with even greater potential market gains because of the nature of this recovery compared to the last one.

“There’s obviously more we don’t know about what a post-pandemic recovery looks like so we’ll take a measured and gradual approach to our portfolios,” he adds. “But I think investors have a lot to look forward to, especially in the back half of 2021.”