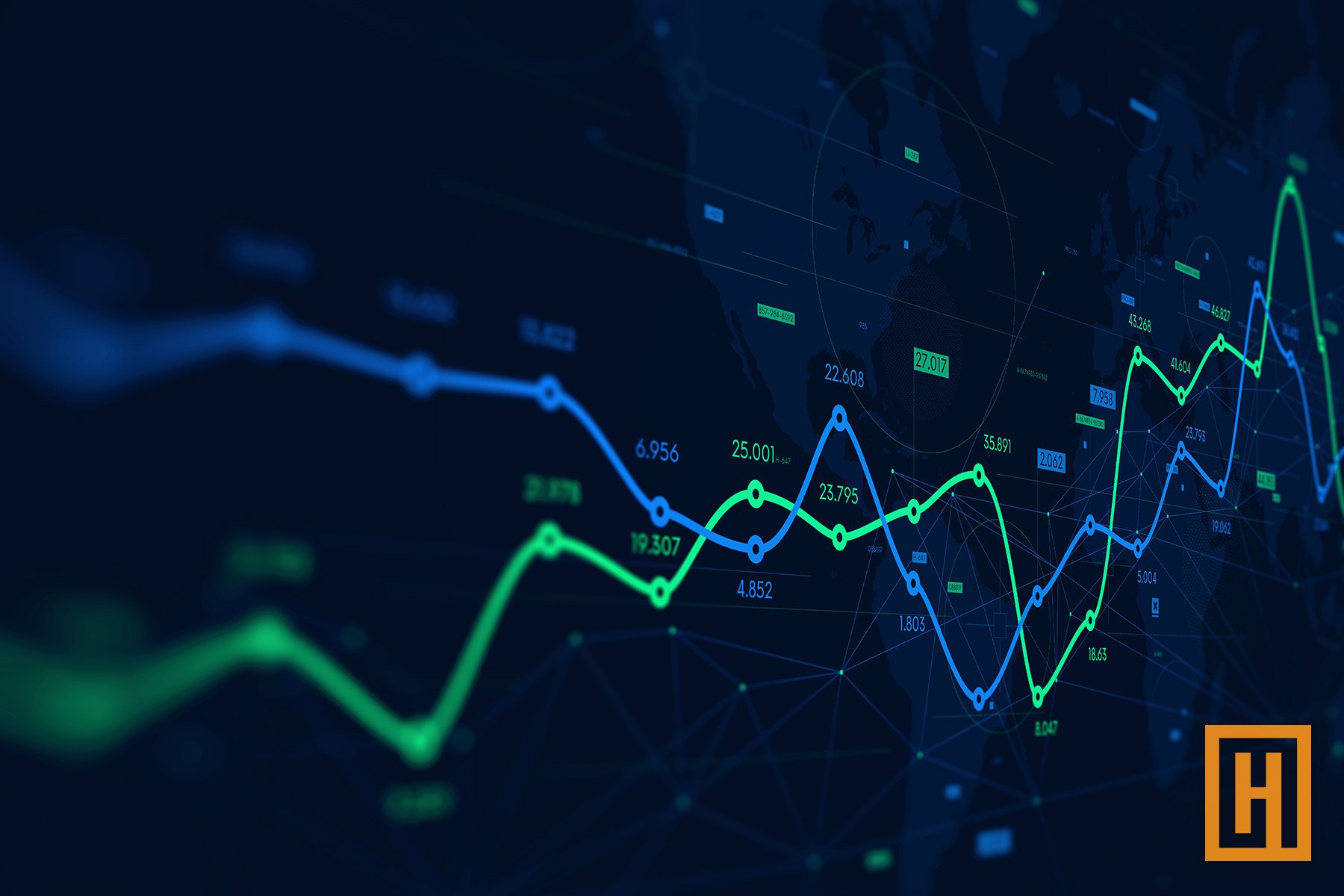 The Hilton Capital team analyzes the effects of COVID-19 on supply chains and what that could mean for the global economy in the near future.

It’s difficult to contextualize data from the first half of what has arguably been one of the most turbulent economic periods on record. As COVID-19 swept across the globe and brought whole economies to a standstill, the resulting carnage was deep and widespread. Reopenings have been inconsistent, at best, and we won’t have a fuller picture of the United States’ recovery until economic data for August and September is released.

Nevertheless, a sea change is already underway in certain sectors as the world’s economies and corporations grapple with further uncertainty and re-examine their global supply chains. It’s clear that China, in particular, has the most to lose if supply chains continue to tighten up and decentralize.

Prior to the virus cratering national economies, the biggest global trade concerns centered around U.S.-China disputes. Offsetting tariffs, an escalation of threats and seesawing negotiations made for unpredictable forecasting in manufacturing and distribution.

Eswar Prasad, a senior fellow at the Brookings Institute, recently testified in front of Congress regarding global supply chain management. He explained how supply chains matured and proliferated through “the reduction in both tariff and nontariff barriers to international trade, with the United States in the past playing an important leadership role in the dismantling of trade barriers worldwide.” This helped reduce friction in trade and contributed to an increase in the “movement of basic and intermediate inputs across national borders,” Prasad said.

Another important factor was “the decline in transportation costs, including sea and air freight,” he said, adding that “this period of economic turmoil should lead to a re-evaluation of the resiliency of such supply chains and suitable restructuring of supply chains to reduce vulnerabilities.”

Alexander Oxenham, co-chief investment officer of Hilton Capital, acknowledges that companies are moving supply chains at a rapid clip, but that it was already underway when Donald Trump was first elected.

“The threat of tariffs pushed some proactive companies to begin re-evaluating their supply chain,” Oxenham says. “But it’s dependent upon the goods that are produced.

In the 1990s and early 2000s, companies began to move to ‘Just In Time’ inventory and thinking in a one layer framework. They weren’t thinking about diversification back then.

“Gartner did a survey,” he continues, “that showed about a third of major leaders have already moved sourcing and manufacturing out of China. Cheap steel, cotton, plastics, etc., all lower-end manufacturing can move more easily, which should have a positive effect on emerging markets.”

As the world contemplates a future when China has a diminished role, a concept referred to as “China plus one” has emerged as a bridge solution. According to the World Economic Forum (WEF), “the crisis has exposed weaknesses in the modern supply chain, such that many are looking at what to do next.” But, the NGO continues: “There is no simple substitute for China. The country accounts for 60% of global consumer goods exports and 41% of global TMT exports. However, we expect companies will be increasingly considering China +1 strategies.”

With free trade agreements in the balance as the U.S. surges toward a raucous election in 2020, several nations are jockeying for position to ultimately become the “plus one” in this equation.

“Where other countries will benefit from supply chain investments,” posits the WEF, “will depend largely on their own investments to boost manufacturing capability as well as provide attractive offerings for land, labour and logistics.”

From the perspective of U.S. companies, Oxenham believes that our regional neighbors are obvious beneficiaries.

“Some of the benefit will be domestic,” he predicts, “but we’ll need to continue building out the regional infrastructure to capitalize on it. Government contracted supplies should boost domestic production and I see Central and South America, and to a lesser extent Canada, benefiting as well.”

Oxenham notes that “China still doesn’t have a lot of very high-end capability. So while tariffs were originally a reason to begin restructuring, resilience is certainly taking center stage. Ultimately, I think Vietnam, India and Mexico will probably be the biggest beneficiaries.”

While Hilton Capital doesn’t invest heavily in emerging markets, Oxenham believes supply chain diversification and a weak dollar could be a boon for EM.

“We’re not heavy in EM though we do carry some emerging debt,” he says. “The thing to look out for on the domestic front is margin pressure because investing in supply chain will likely make costs of goods sold higher than maintaining a single Chinese partner.”

Ultimately, however, Oxenham believes the increased cost of restructuring will be offset by “hidden efficiencies that should benefit pricing in the long run as well.”

The Institute for Supply Management (ISM) data from June and July suggests that “the growth cycle has returned after three straight months of COVID-19 disruptions. Demand, consumption and inputs are reaching parity and are positioned for a demand-driven expansion cycle as we enter the second half of the year.”

Oxenham parses the current data against the backdrop of what he calls a “torpedo.” The sheer magnitude of the downturn was such that, “you couldn’t see this coming in the macro, it simply wasn’t there in the data.” He rationalizes the bounce back, in the short-term at least, was a result of the economic stimulus.

Because of the size of the Federal Reserve stimulus, says Oxenham, “unemployment is high but so is retail spending. As far as manufacturing is concerned, we need to see how it plays out in the back half of the year. Right now corporations are drawing down on inventories really quickly, which is a positive sign for the start of a new economic cycle.”

“It makes sense,” says Oxenham. “The reopening has had positive tailwinds through July so we saw demand expand and new orders were strong as a result. As consumption expands, household consumables like food, beverage and tobacco will be robust. But the one weakness I’m still seeing in manufacturing and services is employment. That’s the real pinch and why real expansion among all sectors will take some time.”

“I equate it to a river that completely dried up in April then flooded for the next three months straight,” he continues. “So it’s full, but not flowing very fast.”

With the equity markets continuing their seemingly unabated rise after the initial shock from the lockdowns, a disconnect remains in the minds of many investors. Several of the large banks are urging caution and pointing to the obvious intervention from the Fed as the reason the markets are soaring compared to the real economy.

“It’s hard to argue against the idea that the Fed can seemingly engineer any type of market it wants,” suggests Oxenham. “That’s where we have to remind ourselves and investors alike that the market is not the economy. Ultimately unemployment will come down and inventories will come up and we’ll achieve an equilibrium in what will likely be a “W-shaped” recovery.

If you look at the economy today,” continues Oxenham, “about 12% of the entire economy is still offline if you factor in movies, sports, bars, restaurants, etc. So I say a W-shaped recovery because we already bounced hard off a low bottom, bounced back artificially through the stimulus, and now we’ll continue to slide until we can get these important parts of the economy back online.

Oxenham believes this level of indebtedness will impact corporate profitability in the coming years despite the low-interest rate environment.

“Servicing debt typically means important investments into employment and innovation are sidelined for a bit, which can add to the length of a recovery,” he explains. “And if you want to add further perspective to just how leveraged U.S. corporations are, we’re about seventy to eighty percent higher in corporate leverage than other companies in developed countries and emerging markets.”

“Now, from an investment perspective, because the Fed is committed to keeping a low-interest rate environment, the valuation on a dividend equity is going to go through the roof because the discount rate is so low,” Oxenham says.

Now that a picture is beginning to emerge both domestically and internationally, the Hilton Capital investment committee believes that the stimulus-induced W-shaped recovery means we’re heading into the thick of the recession.

“But I think overall it will be shorter than the classic 15 month recession that we would typically expect,” concludes Oxenham. “We hit the bottom so hard then shocked the system with so much liquidity that in a year I think we’ll begin to see raw material manufacturing and employment come back strong.”