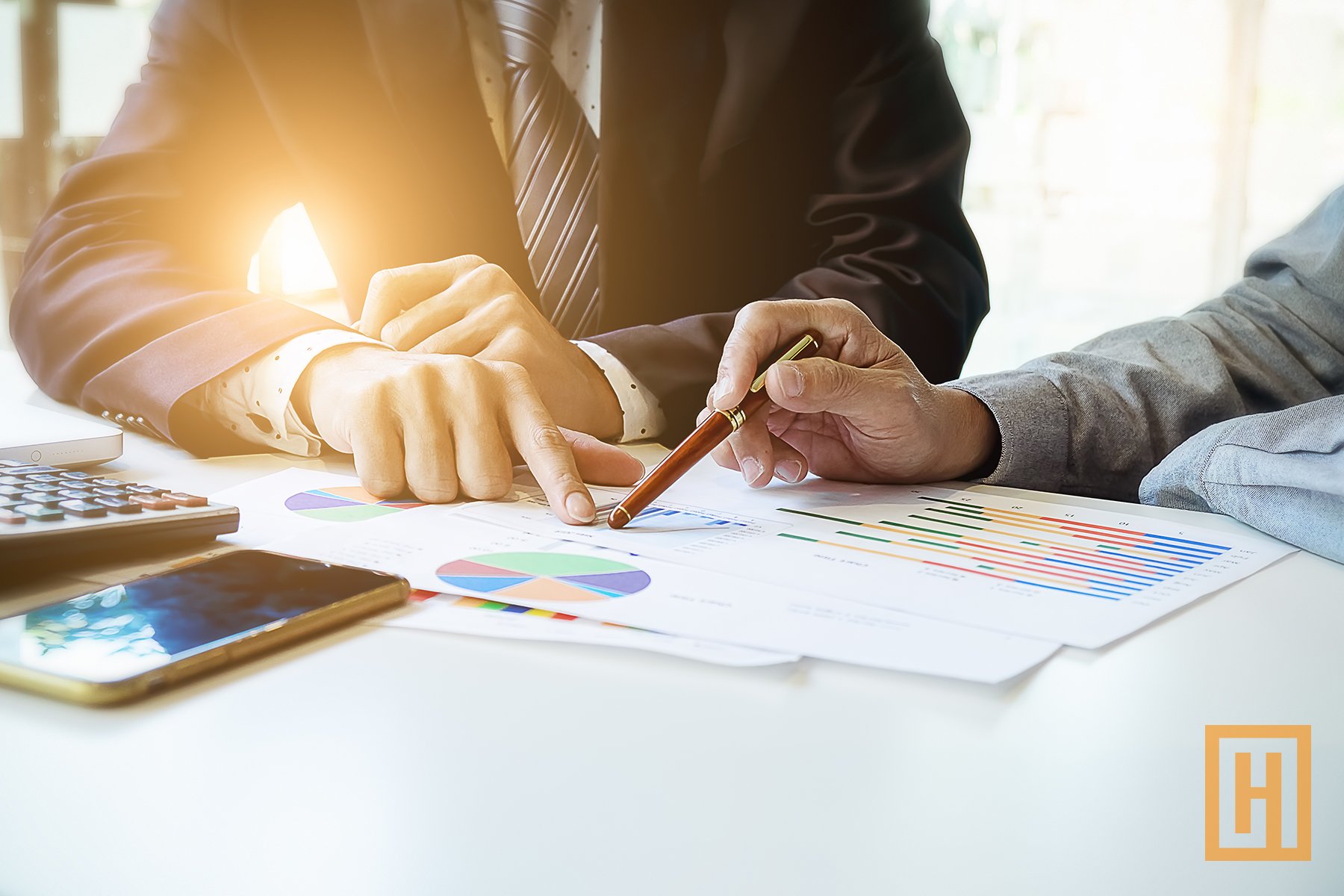 Dissecting the Importance of the Yield Curve

The Hilton team shares its interpretation of the yield curve as just one of the many indicators it takes into consideration when making adjustments to its investing strategies.

How much attention should investors pay to the recent inversions?

Discussion of the yield curve has entered the lexicon of punditry with vigor. The yield curve charts the difference between short-term and long-term Treasury returns and is usually looked at as a solid predictor of economic health. When a yield curve inverts and long-term rates dip below short-term rates, it typically portends a recessionary period so economists and investors take it seriously. In an economic growth cycle, like the one we have experienced for the past nine years, long-term yields are comfortably set above short-term yields. It essentially demonstrates faith among bond market investors that they project continued growth. It’s important to recognize that there are independent parties involved in setting rates. The Federal Reserve (Fed) sets short-term rates and their announcements garner a great amount of attention. Long-term rates on the other hand, are set by the market.

In early December of 2018, the spread between the 3 and 5 year Treasuries slipped below zero, which caught the attention of investors worldwide. Suddenly, talk of inverted yield curves filled the airwaves and sent economists and advisors scrambling for explanations. The fervor surrounding the news died down somewhat due to larger distractions in equities and the government shutdown, but the threat of inversions remains. “As of this writing, we’re actually tracking a dozen inversions,” explains Alex Oxenham, co-Chief Investment Officer of Hilton Capital Management. “This is a very important development,” continues Oxenham. “What an inverted yield curve signals is that the future economic environment is not likely to be as robust as the current and the likelihood of a more accommodative central bank being required at some point in the future.”

The fervor surrounding the news died down somewhat due to larger distractions in equities and the government shutdown, but the threat of inversions remains.

Hilton Portfolio Manager Tim Reilly concurs saying, “Given an inverted curve has preceded all of the nine recessions the US economy has suffered since 1955, it has credibility in terms of confirming we are late cycle and that a recession is on the horizon. Just as important, there have been no false signals to date.  However, the timing is variable. A negative yield curve has historically been reached 2-3 years before a U.S. recession is officially recognized. So there is a lot of time in terms of how to react and invest when the economy is late cycle.”

Tools at the Government’s Disposal

One of the reasons an inversion tends to signal a downturn is that short-term borrowing makes life more expensive for average Americans. When consumers sense life is more expensive, they will naturally try to cut back on spending, eventually causing a contraction in the economy. In the eyes of the Fed, balance is everything. Therefore, it uses its powers to try and establish harmony in the markets. For example, it’s not uncommon for the Federal Reserve to increase short-term rates to reduce the spread between short and long-term yields. It’s one of the primary levers it has in managing the economy to combat inflation.

This is just one example of an artificial mechanism the Fed uses to “flatten” the yield curve and try to maintain stability and balance in the markets. The most recent flattening is less artificial, despite a series of incremental rate hikes over the past couple of years. Yield on the ten year Treasury is dipping due to fear among bond investors who are less sanguine about what they see for the U.S. economy down the road. In theory, it also means investors believe short-term rates are moving up too quickly and might force a recession. In a purely theoretical sense these are solid hunches, but it’s important to analyze the other Fed powers in relation to Treasury yields.

It’s likely that 2019 will reveal the most authentic economic data since the financial crisis and one of the reasons the yield curve should be far more relevant to investors at this moment in time.

After the 2008/09 financial crisis, the Fed embarked on one of the most sustained and aggressive periods of monetary policy with quantitative easing (QE.) Multiple rounds of QE combined with nearly $500b in government spending for the Troubled Asset Relief Program and another $800b in stimulus through the American Reinvestment and Recovery Act of 2009 brought to bear the most significant fiscal and monetary powers of the U.S. government and the Federal Reserve in a remarkably short period of time.

The impact of these interventions was felt for years and the 2018 tax cuts provided another artificial shot in the arm last year. Now that these massive interventions have flushed through the economy and Capitol Hill will be deadlocked for the next two years, the markets and the economy as a whole are more reflective of actual conditions. So, it’s likely that 2019 will reveal the most authentic economic data since the financial crisis and one of the reasons the yield curve should be far more relevant to investors at this moment in time.

So How Should Investors Feel?

The Hilton Capital investment team has made several adjustments in recent months, such as maneuvering sector allocations and weightings, but they’ve stayed relatively calm in the face of agitation among the investment community. “Much like we have said in the past,” says Oxenham, “I would not recommend investors just rely on one economic metric for a market signal. What is more important is using a variety of different signals to create a mosaic for which you can base a probabilistic outcome. That is why we work hard to update the economic outlook on an ‘as needed’ basis.”Having said that,” he continues, “ I think it fair to posture this economic recovery is looking more and more late cycle and investors should exercise caution in the years ahead.

“Generally an inverted yield curve is a good predictor of a recession,” Oxenham reaffirms. “However it sometimes has triggered many years before the onset of a recession thus singularly it is not a very useful tool. I doubt investors would want to “wait around” sitting in cash for a few years before a recession finally occurs.”

Reilly agrees saying, “The data is slowly rolling over. But there are still plenty of signs that the economy is growing and we are not in any danger of an imminent recession.” Naturally, investors are looking to correlate economic activity and projections to portfolio performance. We’re “risk on” in the markets lately and cracks are beginning to show, so it’s a good time to evaluate positions. “Generally an inverted yield curve is a good predictor of a recession,” Oxenham reaffirms. “However it sometimes has triggered many years before the onset of a recession thus singularly it is not a very useful tool. I doubt investors would want to “wait around” sitting in cash for a few years before a recession finally occurs.”

Like most responsible managers, Hilton examines a full set of data points over long periods to spot trends and make adjustments. To that end, Oxenham is still optimistic about the immediate future of the U.S. economy, despite slowing growth. However, he does acknowledge another “flashing area of concern. New One Family Houses Sold data has been declining since November of 2017,” he warns. “This has been a solid recessionary indicator for the past three recessions. So in our minds there are two legitimate areas of concern. Nevertheless, we would look to see more confirming data in a variety of other data sets before we would boldly make the recession call.”

In terms of portfolio management, the entire Hilton team is measured and aligned. “Our entire mantra is to protect and preserve capital regardless of the market conditions,” says Hilton founder Bill Garvey. “Because we never get caught up in the upcycles and stay focused on providing returns and mitigating risk, we’re never scrambling during slowdowns or periods like December when volatility is raging and the markets are emotional.”

“I think it is fair to say the economy in 2019 will not be nearly as strong as it was in 2018,” concludes Oxenham. “And this is bearing out not only in market volatility but in a variety of economic indicators. I would still say that it is very unlikely we will experience a recession in 2019.”

To book one of our investment officers for a speaking engagement or conference, please fill out the form below.