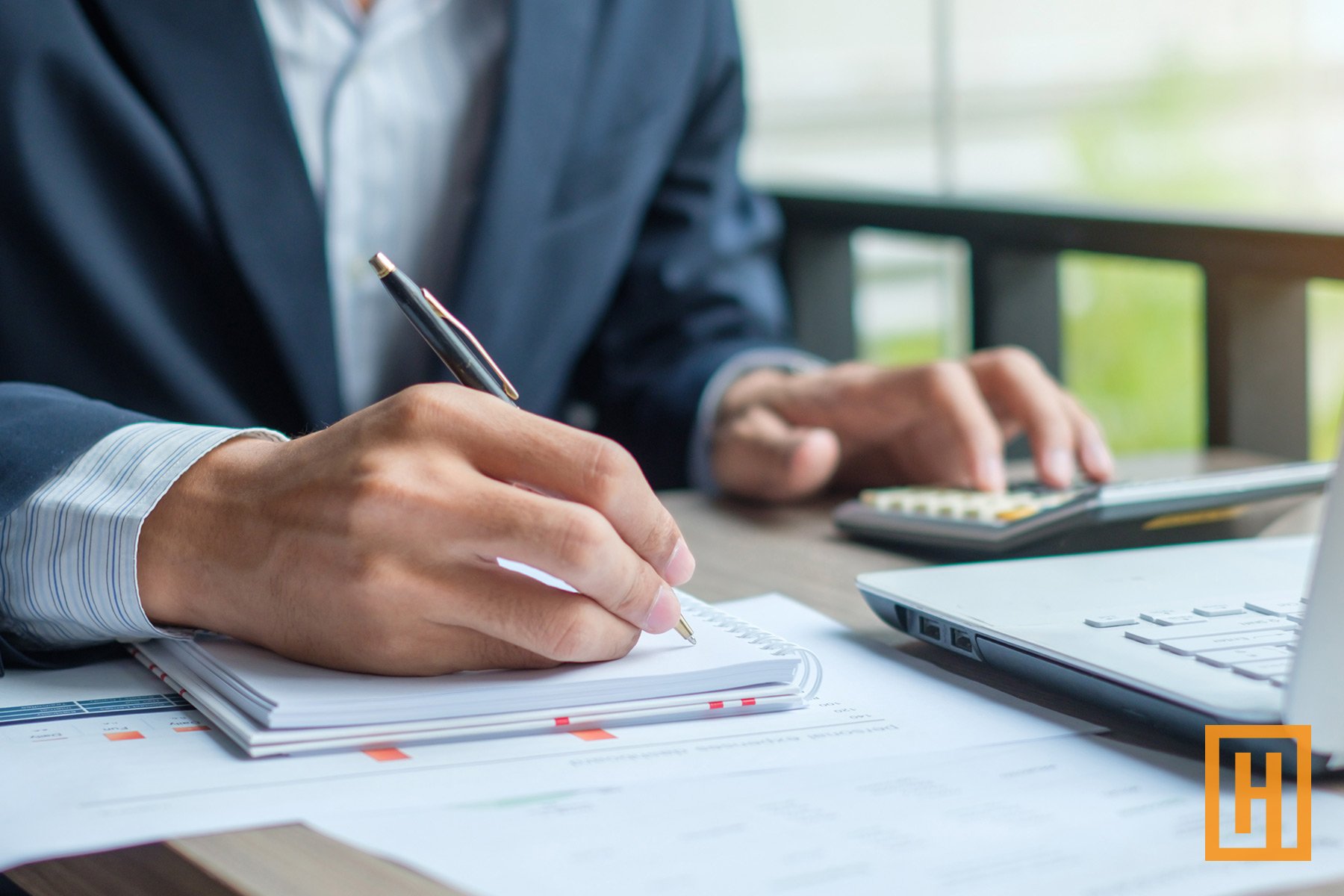 Employment, Trade, Politics and Rates: Examining Opportunity and Risk in 2020

The experts at Hilton Capital examine some of the key economic conditions that could shape the US and global economy in 2020 and offer insight into how they account for such factors.

No matter the news story of the moment, headline risk largely disappeared from the equation in 2019. Whether that continues to be the case in 2020 obviously remains to be seen, but the markets have demonstrated a remarkable ability to focus on hard data and trends rather than the 24-hour news cycle. The great equalizer, of course, is that we’re in a presidential election year.

The data itself was strong in 2019, which supported Hilton Capital’s thesis that though we’re late-cycle in the economic recovery and growth is slowing, the U.S. economy is still in growth mode. Furthermore, global markets began to stabilize in the back half of 2019 and accommodative central banks were keen to promote further recovery whenever possible.

Though December’s employment and wages figures in the U.S. finished on a disappointing note, the upward trend has continued and the underpinnings of the economy are healthy, particularly in comparison to the rest of the world. To be clear, the Hilton Capital investment team is closely monitoring deceleration in certain areas and degradation of isolated data points, but when benchmarked against competing economies, the United States has outperformed every nation by a significant margin. So it begs the question, what could possibly throw the United States off course and pump fear through the hearts of investors?

“Further conflagration in the Middle East could lead to a disruption in oil supply, as an example, which could drive up prices. There’s always a risk that this type of geopolitical intervention could impact other related data points such as currency and inflation.”

“Commodities should be watched closely if you’re concerned about external threats to the markets,” says Hilton Capital Co-Chief Investment Officer Alex Oxenham. “Further conflagration in the Middle East could lead to a disruption in oil supply, as an example, which could drive up prices. There’s always a risk that this type of geopolitical intervention could impact highly correlated data points such as currency and inflation.”

Hilton Capital CEO Craig O’Neill agrees, adding, “I think Alex is right on here. We’ve been balancing the portfolio strategically over the past several months to ensure that we’re not overextended in any particular direction. But on the whole, we’re still cautiously optimistic that the U.S. will continue on the current growth trend over the next two to three quarters. That being said, presidential elections typically have an outsized influence on investor psyche.”

Hilton Capital founder and Co-Chief Investment Officer Bill Garvey maintains that “we’re always pretty measured in an election year and this will be no exception. If you look at how the investment committee has operated in past election cycles, we have always prepared possible adjustments based upon either outcome.”

“It will be interesting to see where capital investments go this year,” says Hilton President Tim Reilly, who two years after joining Hilton was elevated to his current role in 2019.

“There’s usually a discernible pattern to money flow that correlates to presumed risk,” adds Reilly, who previously served as a managing director at Bank of America. “If we see a healthy flow of investor dollars into durable goods, manufacturing, and technology, then we can assume the business sector is holding onto some optimism. This is top-of-mind for our committee because of the dip in ISM Manufacturing data in 2019.”

“Likewise, it will be interesting to keep an eye on small business optimism and sentiment that arises from other pointed surveys such as manufacturing,” he says. “You can typically get a feel for where investment dollars are headed in these types of surveys and sentiment matters a great deal in an election year when emotions are riding high.”

Such indicators can also precipitate a decline in consumer confidence and spending, which the Hilton team also tracks closely.

“It’s all tied together,” notes Garvey. “No one data point tells the whole story. You can drive yourself crazy as an investor trying to read too much into any one indicator. The key is to contextualize the information and be close enough to the data that you can make informed decisions at any time.”

“If we see a healthy flow of investor dollars into durable goods, manufacturing, and technology, then we can assume the business sector is holding onto some optimism.”

Garvey founded Hilton Capital in 2002 when the world was still recovering from the aftermath of the terror attacks in 2001. The Tactical Income Strategy, the founding strategy of the firm, has performed through multiple cycles since that time so Hilton investors are accustomed to this rather measured approach to uncertainty.

“There’s always market uncertainty,” laughs O’Neill. “Throughout my entire career, there has never been a single day of absolute predictability. I think our investors know that as a team we have seen it all and have prepared the portfolio for any and every market condition imaginable. Our job is to mitigate risk and seek out margin and return wherever possible. It’s not an emotional journey for us.”

Opportunity and Risk at Home and Abroad

“It’s important to remember that we have the world at our disposal,” notes Oxenham. “Opportunity doesn’t merely exist inside the United States. We’re obviously the driver of the global economy but there are some very real opportunities to be found in global markets.

“Emerging markets will be interesting this year as an example,” he continues. “Central banks have done their part to infuse capital and ease rates globally and if the U.S. dollar continues to soften, there will be plays to make in emerging markets.”

“Domestically, it’s fair to assume that the Fed [Federal Reserve] will be pretty quiet this year,” adds O’Neill, “which provides some clarity into fixed income and should allow for a stable borrowing and investment environment. I’m not sure that we’re immune from Fed intervention at all in 2020 as some have predicted but I think they’ll sit on their hands for the next couple of quarters. So in the context of global markets, I think all of the major central banking authorities are fairly aligned and committed to continued global growth.”

“...growth is slower than it has been over the prior decade and the external and political threats to the global economy are real and shouldn’t be taken lightly. We’re still late-cycle and have hit some significant milestones as it relates to employment, which is something we’re watching very, very closely.”

Oxenham is intent on injecting some caution into the equation.

“So far we’ve sounded pretty bullish on the economy and I’m not looking to pour water on the discussion,” he says. “But we should clarify that despite the continued growth of the economy and pockets of opportunities that certainly exist, we have taken some risk off the portfolio.

“We’ve been clear that we didn’t see a recession in 2019 and we were right,” he continues. “We’ve also been pretty clear that we’re unlikely to hit this point in 2020, though it’s obviously early to make such a declaration. That being said, growth is slower than it has been over the prior decade and the external and political threats to the global economy are real and shouldn’t be taken lightly. We’re still late-cycle and have hit some significant milestones as it relates to employment, which is something we’re watching very, very closely.”

“As an example,” Oxenham says, “we’ve added an additional slide to our economic forecast and highlighted the fact that we are likely at the very bottom of initial jobless claims. The last time claims were this low was 1969 so this is the point that we need to pay extremely close attention to movement in these figures. Before each recession, the claims data have worsened. And while claims are holding at very low levels, the Fed would be very concerned if the labor market shows any major signs of degradation.”

“Alex is exactly right on this,” concludes Garvey. “We believe the economy is sound, which should translate into some positive portfolio results for us, whether it’s in Tactical [The Tactical Income Strategy], our new small and midcap equity strategy or our dividend and Yield strategy. But make no mistake, a low-interest environment makes it a challenge to drive fixed returns and yield and any unforeseen disruption to the global political landscape could make it difficult to find returns. But like Craig said earlier, we’ve been around the block more than a few times so you know that we’ll keep our heads on even if others around us start to lose theirs.”

To download Hilton’s Final Approach to 2020 deck or access any of our information and research, visit our resource page.

To sign up for our quarterly investor call and webinar, please enter your information below.