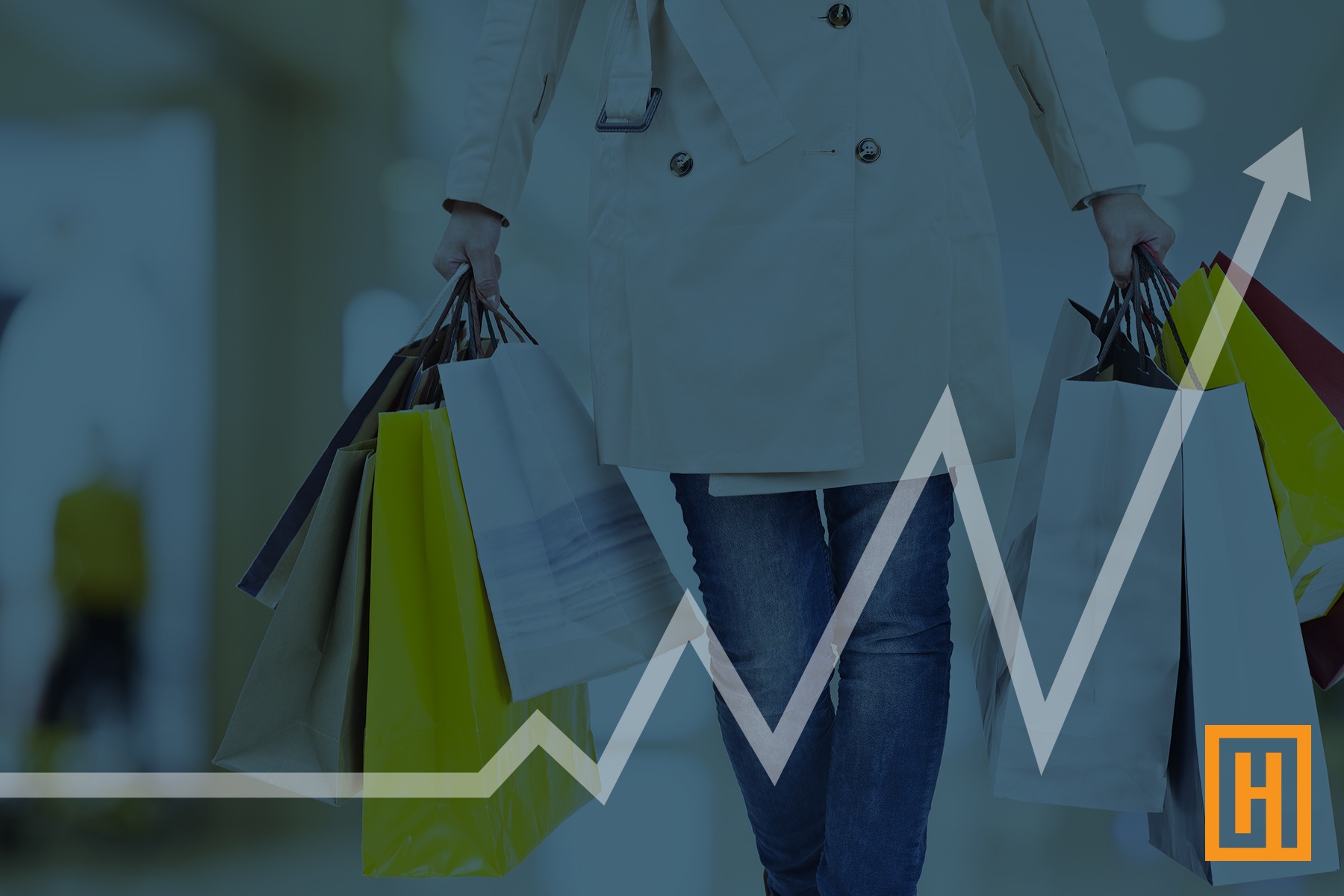 How Strong is Consumer Confidence as an Indicator?

The Hilton Investment Team Weighs in on Surging Confidence Among Americans

According to the most recent data, Americans are feeling pretty good. Economists and pundits will forever debate the veracity of the Consumer Confidence Index, but there’s no question that feelings about the economy are generally soaring. The benchmark, which hit 138.4 in September, is set against a baseline of how consumers felt about the economy in 1985. To put the absolute number in perspective, Consumer Confidence hasn’t been this high since 2000.

Because it’s such a widely quoted figure and one that receives a boost from the Oval Office when it’s positive, the Consumer Confidence Index inspires a good deal of chatter in the news cycle. The President characteristically jumped on the good news and recently tweeted, “People are excited about the USA again! We are getting Bigger and Richer and Stronger.” Where pundits tend to agree is that high confidence heading into the holiday season may portend good things for retailers. The Wall Street Journal, for example, was tempered in its reporting but did say, “Lofty consumer sentiment bodes well for economic growth in the third quarter, now in its final week. Forecasting firm Macroeconomic Advisers on Friday estimated gross domestic product expanded at a 3.3% annual pace in the current quarter. The Federal Reserve Bank of Atlanta’s GDPNow model most recently predicted a 4.4% growth rate.”

Yet there’s a serious divide when it comes to whether the index itself is important as a macro indicator of economic health or financial market strength. After all, the year 2000 marked the beginning of the tech bubble burst. Thus, there are some financial observers who warn that high confidence is less an indicator of future spending and more likely an indication we are at the precipice of a decline.

“Hilton Capital remains sanguine about the economy and the investment team always cautions against reading too much into economic indicators, particularly those that attempt to measure sentiment.”

“It’s never just the number,” says Hilton Founder Bill Garvey. “It’s the change in the margins.” Hilton Capital remains sanguine about the economy and the investment team always cautions against reading too much into economic indicators, particularly those that attempt to measure sentiment. Rather, the team chooses to focus on trends and true market performance measures that more accurately predict economic health. “Consumer Confidence is just one of a multitude of data points that paint a larger picture,” continues Garvey. “We don’t have a magic formula where one particular indicator has an outsized impact on our philosophy or guidance.”

Chief Investment Officer Alex Oxenham sees the value in the Consumer Confidence Index to a degree, so long as it’s contextualized. “It’s one of 10 to 15 variables I would consider key to understanding if the market cycle is turning. It’s one of the reasons I have considered the likelihood of a 2019 recession to be fairly low. But it’s obviously never just one number, it’s an accumulation that gives you a complete picture.” As to the efficacy of the Index itself, Oxenham believes there is a “good deal of accuracy,” and considers it a “reasonably good data point because it’s a consistent methodology proven over time.” However, he quickly reinforces the policy that it’s simply one of many data points and “not something I would highlight in our deck.”

For his part, Oxenham prefers the Conference Board’s Leading Economic Index. “They follow specific variables that have tended to move before major changes in the US economy,” says Oxenham. “The US Small Business Optimism is another good one put out by the NFIB. It’s based on a survey of hundreds of small business owners. I generally believe business owners have a really good feel for the real economy. And, of course, initial jobless claims is probably one of the best ones. Initial claims inflected higher prior to the start of the last seven recessions.

“It makes sense,” continues Oxenham. “Typically, one of the first moves companies make when the economy is contracting is to lay off employees. Regardless of how optimized your workforce is, the highest cost to most companies is labor, pure and simple.”

Garvey returns the conversation to Hilton’s running theme, which might as well be its slogan. “It comes down to discipline.” Garvey echoes Oxenham’s sentiment that CCI is a fundamentally sound indicator due to a consistent methodology. “But we treat indicators the same way we treat specific investments. You can’t get too high or low about any of it. The key is to put it all into context and use these individual points to tell a story. It’s like a pointillism. If you look too closely at the points on the canvas, you’ll never see the entire picture.”