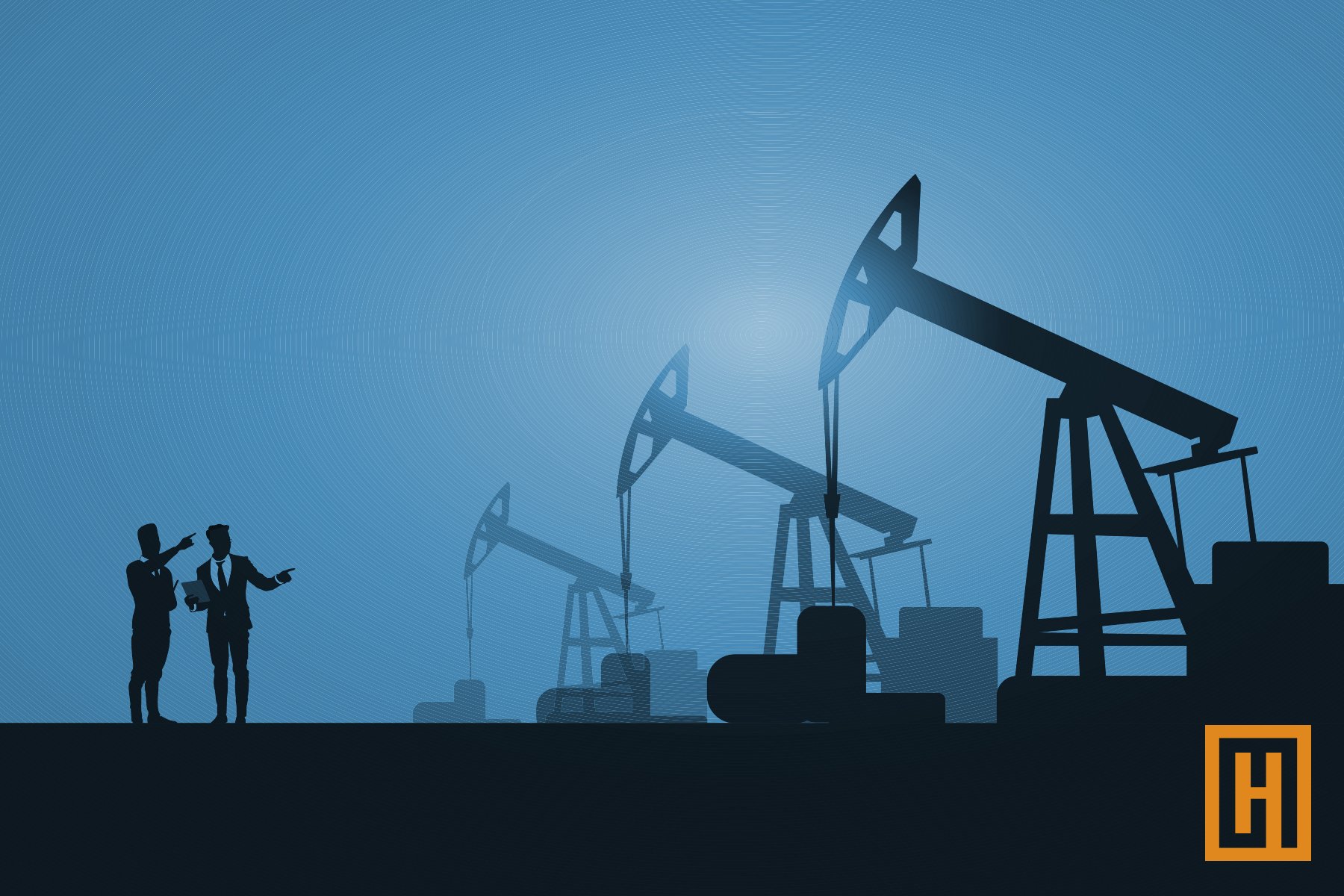 It's a Crude, Crude World

Why the markets are sensitive when oil prices creep.

Few indicators have as wide ranging an impact on the global economy as the price of oil. It’s the most closely followed of all the commodities and for good reason—crude oil is the basis of most manufactured goods, whether as a product ingredient or the fuel that powers production. The price of oil is also influenced by multiple factors beyond simple supply-and-demand, which makes it a precarious vehicle for even the savviest investor.

In April, oil was once again on everyone’s mind as prices increased to an almost uncomfortable threshold. Though prices have been creeping up steadily since a two-year low to close out 2018, political turmoil appeared to be the culprit in April. It’s exactly the type of movement from external and unpredictable threats that stirs up panic among investors.

At the top of the political hit parade in April was the current administration’s declaration that it plans to eliminate sanction waivers on nations purchasing oil from Iran. Though not a complete surprise, it added fuel to an already burning fire, with fighting in Libya and worsening conditions in Venezuela, two major oil-dependent nations.

A few key U.S. allies would be caught in the political crossfire when the waivers expire, as Japan, South Korea and India purchase a significant amount of Iranian crude. It’s possible, however, that part of the White House calculus includes the fact that Iran’s single largest customer is China. Saudi Arabia and UAE officials pledged support to the United States to fill in any production gaps that might occur should access to Iranian oil be suddenly pulled from the market.

For its part, Iran has limited ability to respond in kind but it can restrict access to the Strait of Hormuz, which would further complicate transport of oil from the Middle East. These are the machinations surrounding oil that make it so difficult to predict. But when volatility is introduced to the equation, the ripple effects are felt far and wide.

“Swings in oil prices always get the attention of the markets,” explains Hilton Capital President Craig O’Neill, “especially when it’s due to political unrest rather than economic forces.”

“It’s rare when prices climb so high and suddenly like they did in 2008,” adds Hilton Co-Chief Investment Officer Alexander Oxenham. “Extreme examples like this can definitely throw a wrench into even the most conservative of models. Most of the time, however, prices fall within an acceptable and predictable range that allow you to maneuver a portfolio if necessary.”

A Brief History of Oil as a Commodity

When crude oil prices move, they tend to move drastically. But that wasn’t always the case.

Throughout the 1950s and 1960s, oil was incredibly stable. Over a 25-year period, between 1948 and 1973, West Texas Intermediate (WTI) only reached a high of $27. Then, in January of 1974 the world experienced the very first “oil shock” as prices skyrocketed from $23 in December 1973 to $55 in January 1974. The shock occurred when the Organization of Arab Petroleum Exporting Countries (OAPEC) placed an embargo on the United States over its support of Israel. Though the embargo lasted only six months, it reverberated for a couple of years thereafter.

“As much as the markets tend to experience amnesia when it comes to certain data points, there’s a muscle memory when it comes to oil that makes investors shudder when prices increase sharply.”

In fact, it would be 15 years before oil prices came back down to Earth. Crude prices remained in the high-$50s and low-$60s for the next couple of years before experiencing another shock during the Iranian Revolution in 1979 when prices burst well above $100 per barrel. The cumulative effect of higher-than-normal crude prices, including two massive shocks, contributed to dramatic increases in inflation throughout the 1970s and into the early 1980s. As much as the markets tend to experience amnesia when it comes to certain data points, there’s a muscle memory when it comes to oil that makes investors shudder when prices increase sharply.

What’s usually lost in the narrative about historical oil prices, however, is the role markets have played in setting the stage for price volatility. Prior to the 1970s, oil prices were stable largely because they related strictly to economic forces such as supply and demand. At the time, only a rather ragtag bunch of traders in Chicago and New York ever bought and sold contracts for commodities—and it was risky business. These traders operated in their own universe governed by their own rules, regulations and customs.

In 1972, a man named Leo Melamed, who is largely relegated to the footnotes of history, would change the rules of engagement and subsequently the world.

Melamed was the head of the Chicago Mercantile Exchange, or “The Merc.” A larger-than-life character, Melamed successfully argued that the Nixon administration’s decision to remove the United States from the Gold Standard essentially turned currency into a commodity. In his mind, if it “floated” (fluctuated) you could bet on it. This set loose a torrent of activity on commodities exchanges. After all, if money could be traded, it seemed everything was fair game.

By the end of the decade, across the country on a small trading desk in New York, the first contract for home heating oil was opened to little fanfare. Within a few years, contracts for crude and all oil distillates were opened up on the major exchanges and investors soon realized volatility was good for business and oil was worth more in a trading account than a combustion engine.

So now we know oil prices are impacted by both economic and political forces and we understand how speculators were able to participate in the game. When evaluating winners and losers in the game itself, one might be tempted to think that oil producers are among the biggest proponents of high prices. Not necessarily.

No one is more attuned to the delicate balancing act between profit and consumer demand than “Big Oil,” particularly now that the United States is a net oil exporter. Take this excerpt from a recent interview with an oil executive in the Houston Chronicle: “We need oil prices high enough to support Houston’s economic growth,” said Patrick Jankowski, economist for the regional economic development group Greater Houston Partnership, “but not so high that it stifles American growth.”

Despite beliefs to the contrary, American oil producers see short-term profits from runaway oil prices as bad for business in the long-run.

It turns out there’s something sweeter than the light, sweet crude pulled from the ground. It’s a “sweet spot” price point that holds the global economy in balance. And despite beliefs to the contrary, American oil producers see short-term profits from runaway oil prices as bad for business in the long-run.

There’s somewhat of a consensus in the investment community that the proverbial “sweet spot” is somewhere between $60 and $70 per barrel. A CNN Business interview with industry analyst Sarah Emerson confirms as much. "If you are asking what price is high enough to sustain supply and low enough to sustain demand and perpetuate today's largely balanced global market, it is probably in the neighborhood of $65.”

“Rising oil prices are like an accelerant to an existing trend stemming from a weakening dollar,” says Oxenham. “Crude oil and the dollar normally maintain an inverse relationship so an increase in crude is to be expected. Where we are now is probably good for the oil producers and just shy of creating inflationary pressures, but we’ll obviously be watching it closely this year.”

“One area to focus on is emerging markets,” continues Oxenham. “EM’s are very dependent upon exports so higher prices are helping and, of course, a weaker dollar is vital to their growth. If you really squint at the data, you’ll start to see a minor breakout with a nice rally in emerging market equities.”

“Being able to extrapolate outcomes based upon something like price movements on crude and contextualize them is where we shine,” says Co-Chief Investment Officer Bill Garvey. “We never look at a single data point in a vacuum. Oil is related to the dollar. It impacts inflation and consumer confidence. Travel. Freight. Shipping. The world is connected to oil prices and, therefore, so is our portfolio. The value of our experience and ability to evaluate data in a holistic manner is what allows us to see the connection points and adjust accordingly.”