Dotting the "I"s: The Search for Higher Interest and Inflation on the Horizon

Hilton investment team members examine the evidence leading some to believe higher interest rates and inflation could be coming, and offer their insights on the topic.

As markets recover in fits and starts, analysts are looking deep in their crystal balls for signs of inflation and rising interest rates. Recent upticks in commodity prices—particularly crude oil—along with concerns that money supply might soon go too far, have prompted some analysts to warn that we might be entering an inflationary environment.

The concern among investors is that the logical corollary will be a simultaneous increase in interest rates, which would cool the equity markets and restrict economic growth. “The increase in money supply has caused several pundits to begin warning the public that we’re heading into an inflationary period,” says Hilton Co-Chief Investment Officer Alexander Oxenham. “All things being equal this might be a reasonable conclusion given the Fed [Federal Reserve] M2 money supply measure has increased 25% over the past year. But money supply is only half the story. The other half is velocity, essentially how much is actually moving through the system.

“So if you examine this as an equal relationship,” he adds, “you have 25% more capital flowing through the system but there’s been an 18% collapse in velocity.”

The U.S. economy went into a dramatic tailspin in March and April of 2020 amid widespread shutdowns associated with the COVID-19 pandemic. Oxenham refers to it as, “a six week Great Depression,” during which every part of the economy fell precipitously and all at once. But the government’s response to the crisis was enormous by all historic measures. On top of the fact that the government had already suppressed interest rates and reduced taxes, they opened the spigot entirely and flooded the market with capital. In a matter of months the U.S. government threw the proverbial kitchen sink, the refrigerator and the stove into the abyss of the pandemic and we have yet to hear the sound of these measures hitting the bottom of the pit.

“I don’t fault anyone who is worried about deficits pressuring inflation, but the numbers simply don’t bear this out, at least not yet,” explains Oxenham.

So what does Oxenham mean when he says that velocity has decreased in direct proportion to the increase in money supply?

In a matter of months the U.S. government threw the kitchen sink, the refrigerator and the stove into the abyss of the pandemic and we have yet to hear the sound of these measures hitting the bottom of the pit.

“Just because you throw money into the economy doesn’t mean it gets used,” explains Oxenham. “The wealthier people in America who benefitted from an influx in capital poured it into the markets, which resulted in asset inflation. It’s why, in part, the markets have been ripping. But there are two sides of inflation. Asset price inflation and consumer prices. Because consumers had fewer places to spend their money with people working from home, not frequenting restaurants, refraining from travel, and so on, a great deal of capital actually remained in the system and was never circulated in the real economy.”

“Look at Bitcoin, equities, gold and other commodities,” continues Oxenham. “Because interest rates remain incredibly low, investors have poured excess capital into these areas in the quest for return. None of this impacts the real economy so there hasn’t been pressure on real prices in any discernible way.”

Another reason for the rapid rise in commodity prices is that they typically reflect the inverse of the U.S. Dollar. Because the Dollar has been weakening due to expansion in the money supply, commodity prices have enjoyed a moment in the sun as well.

Other beneficiaries of the weakening dollar include foreign and emerging markets, which have actually outperformed U.S. markets in recent quarters despite slow global economic growth.

Oxenham acknowledges that a continually weakening Dollar can be worrisome depending upon the conditions that are driving it.

“Now if we saw the velocity increase while money supply increased, meaning people were happy to spend money on non-essential consumer items while money is pouring into markets, it could absolutely lead to a spike in inflation.” But, he concludes, “This isn’t the Weimar Republic. These conditions simply don’t exist.”

One way to bridge the discussion between inflation and interest rates is to look at the U.S. Breakeven Ten Year Index. This index implies what market participants expect inflation to be in the next 10 years, on average. This measure had cratered in March 2020 but began recovering quickly in April. It’s important to note that as severe as this drop was, it never reached the depths of the 2008/2009 financial crisis. The normal range of the index is between 1.50% and 2.5%, which is where it fluctuates during most of the recovery coming out of 2009. But starting in 2013 the index started to cool off a bit and reflect the cooling of the economy as the U.S. economy struggled to grow GDP.

“This isn’t the Weimar Republic. These conditions simply don’t exist.”

“2020 has certainly taught us not to be closed-minded,” cautions Oxenham, “but in terms of interest rates and expected inflation the breakeven trend gives us one of the most practical views of what’s to come. I would expect the surge in economic activity to test the limits of the normalized range and perhaps beyond, but I very much expect that we’ll see it drop back down to around 2% by the third quarter of 2021.”

In terms of the Fed, the short-term interest rates are currently pinned but the 10-Year and 30-Year rates are moving up on news of vaccines and a normalizing of inflation rates. It’s difficult to see a scenario in which the Fed moves off their interest rate stance, though there has been chatter suggesting that it could move to taper bond purchases if the economy outperforms current estimates.

“I’ve certainly heard talk that the Fed might taper at some point,” notes Oxenham, “but we won’t know for sure until we see consumer savings start pouring in to really impact the economy. Consumers are sitting on something like one trillion dollars in savings right now, which is just tremendous.”

“U.S. savings as a percent of disposable income is normally around 5% to 7%,” he continues, “but today it’s around 12% so there’s still a great deal of money yet to be deployed in the economy. So I think the Fed stands pat for a while longer.”

If that’s the case, the risk to the asset market is potentially greater than the real economy. Any combination of policy mistakes or tighter economic conditions could contribute to dips in the market but the real economy has a substantial amount of ground to regain in the coming quarters.

Beyond the discussion of inflation and interest rates, it’s also important to understand where exactly we are in the recovery curve from the depths of the recession in 2020.

“We’re early cycle for sure,” says Oxenham. “And we know this because the manufacturing and trade inventory to sales ratio is 1.31. The only other time periods it was this low was in 2005 and 2011, so if you think about where capital is going to flow once the consumer economy begins to heal, it starts with replenishing inventories and then building toward new consumer demand.”

“We lost a full year of sales growth and much of the consumer market fell apart, so it’s up, up and up from this point forward until these ratios normalize,” he adds. “At that point we can start to have real discussions about capital velocity with respect to money supply and begin building inflation into our models.”

In terms of how all this factors into Hilton Capital Management’s asset allocation, particularly in its core Tactical Income Strategy, Oxenham believes the current market, “looks solid for risk.”

He and the investment team have positioned the core portfolio to take a “risk on” approach in the months ahead with higher positions in equities and corporate credit.

“The market will still be vulnerable to shocks based on certain policies or a true indication of tapering,” says Oxenham, “but we’re prepared to move through these periods and even buy the dips because we believe the economy is going to continue a robust period of growth, especially as certain parts of the economy that were laid to waste during the pandemic begin to come back online.”

“The part that still concerns me is the structural damage to the labor market,” he continues. “That’s really the hardest thing to predict because this situation has gone on for just so long and we’re clearly not through it yet. But the choice of Janet Yellen was a strong one, given her background in labor, and I think this administration will work quickly and deliberately to deliver relief to the parts of the labor market that were really decimated.”

“So even though we foresee a very healthy recovery and several periods of strong economic growth, a full recovery won’t be possible until we know what the permanent labor market damage is over the next couple of years.”

Yield-to-maturity, current yield, or SEC yield? Hilton outlines the differences between yields一and which to use when making investment comparisons. 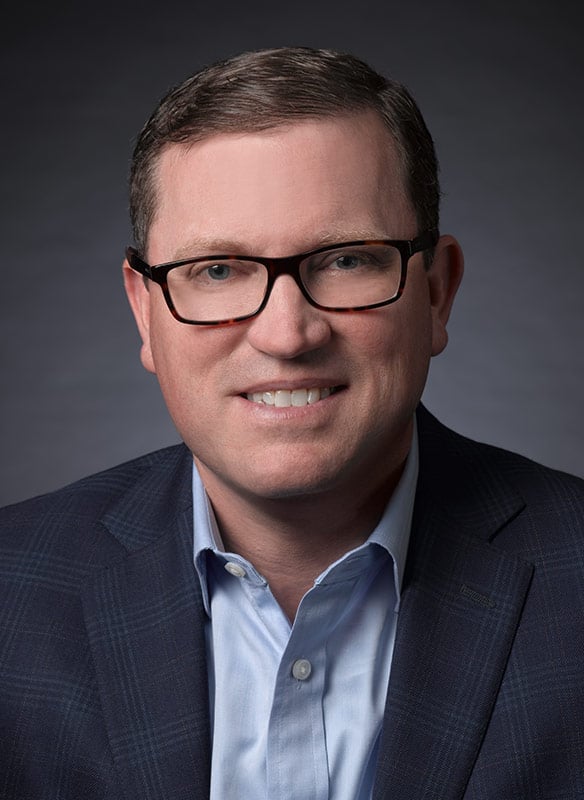 Hilton Capital Management (“HCM” or the “Firm”) is a registered investment adviser with the SEC.
HCM’s website is limited to the dissemination of general information regarding its investment advisory services to United States residents residing in states where providing such information is not prohibited by applicable law. Accordingly, the publication of HCM’s website on the Internet should not be construed by any consumer and/or prospective client as HCM’s solicitation to effect, or attempt to effect transactions in securities, or the rendering of personalized investment advice for compensation, over the Internet. HCM does not provide tax or legal advice. You should contact your tax advisor and/or attorney before making any decisions with tax or legal implications. HCM does not make any representations as to the accuracy, timeliness, suitability, completeness, or relevance of any information prepared by any unaffiliated third party, whether linked to HCM’s website or incorporated herein, and takes no responsibility therefore. All such information is provided solely for convenience purposes and all users thereof should be guided accordingly. Past performance is no guarantee of future results. Any subsequent, direct communication by HCM with a prospective client shall be conducted by a representative that is either registered or qualifies for an exemption or exclusion from registration in the state where the prospective client resides.
For additional information about HCM, including fees and services, send for the Firm’s Disclosure Brochure using the contact information herein. Please read the Disclosure Brochure carefully before you invest.
Copyright 2023 Hilton Capital Management. All rights reserved.
ADV Part2A&B ADV Part 3 Terms Privacy