The Hilton Capital Team Looks Ahead to 2019

As 2018 draws to a close, Hilton Capital Management's co-Chief Investment Officer Alex Oxenham shares his insights on what Hilton expects to see in 2019 and how the team is positioning itself to meet investor demands.

Thus far, 2018 has put the markets through a wringer. Against the backdrop of a red-hot economy, the equity market has moved from volatile to stable and back again while bond yields crept slightly higher in concert with inflationary pressures. Tough talk on trade and some tangible action on tariffs have yet to sink teeth into the U.S. economic performance. A slowdown overseas and an unusually late cycle via tax cuts domestically put the U.S. in a position of strength relative to the rest of the world, but economists are split on how this will ultimately play out in 2019.

Statistically, the United States is enjoying full employment and the early returns for holiday spending - the last gut-check of the year on the consumer mindset - appear to be strong. It is yet to be seen whether the strength of online sales indicates a positive trend into brick-and-mortar spending, and the slowing growth of consumer credit indicates some hesitation on the part of the consumer heading into 2019. As one of the bedrocks of the economy, consumer spending is always at the forefront of analysis among pundits, despite being based somewhat on emotion and sentiment. To the extent that the markets and pundits alike focus on consumer behavior, particularly during the holiday months, it’s an important area to understand, albeit with a grain of salt.

As the slow, steady economic recovery continues in its ninth year, investors are beginning to ask the obvious question: When will it end? “That’s really what’s on our clients’ minds,” says Kevin McCarthy, Relationship Manager at Hilton Capital. “Most people understand that we’re late cycle in the recovery and bull market, so the question is typically ‘what inning are we in?’ Having said that, by now most of our investors know how focused we are on mitigating risk and preserving wealth so no one is panicking.” Nevertheless, the “R” word is mentioned with increasing frequency in the news media so it’s little wonder some trepidation has begun to seep into the collective consciousness of the investor class, no matter the strength of economic fundamentals. 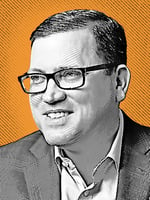 We sat down with Hilton Capital Management’s co-Chief Investment Officer Alex Oxenham to hear his thoughts on 2019, how Hilton is positioning its core strategy and expanding its core product offerings to meet investor demand.

Q: Will the midterm elections have any specific consequences on your investment strategy?

AO: Politics will continue to play a role in market emotion but not alter the fundamentals of the economy. To the extent that markets can be emotional, however, we could be in for a wild ride next year. The recent election was a non-event as far as we’re concerned. Fun to watch on TV but going into them we saw little downside. From a market perspective, it was a no lose situation. Had Republicans held both houses, we might have seen more liquidity via tax cuts and more regulatory reform. A split Congress essentially means we run in place for the next little while and we’re dealing with known quantities on the political front. Either way, we’re positioned to mitigate risk and avoid making any costly mistakes.

“You have to find the balance between reacting and overreacting and stay disciplined. To that extent, we’re in the middle lane doing 60 and not in the left lane doing 69.”

Q: You and your colleagues indicated on the last quarterly investor call that the economic models and indicators Hilton follows portend continued economic strength. As we close out the year, have your feelings altered at all?

AO: We had been predicting a slowdown in economic growth for a while and felt the markets would ultimately respond in kind. October appears to be a true correction and it probably happened faster than anyone thought. You have to find the balance between reacting and overreacting and stay disciplined. To that extent, we’re in the middle lane doing 60 and not in the left lane doing 69. We still see growth in 2019, but it’s simply going to be slower than we have seen in the past couple of years. We have to be hyper-sensitive to economic data to see if that slower growth indeed emerges and how the markets react as a whole. Having said that, there’s a chance that we might slow for five or six months then experience reacceleration.

Q: If that’s the case, how much power will consumer sentiment have in the first part of the year once 2018’s economic data is fully in the rear view mirror?

AO: If I can reposition the question with respect to the consumer, I think what you’re driving at is whether the economy is at risk of overheating. Whether it’s corporations or individuals, overheating occurs when people have irrational expectations of future growth. If corporations invest in projects and production using assumed rates of return from prior years, then they might be disappointed. Likewise, when consumers spend on items assuming employment, wages and favorable economic conditions will continue to grow at the same pace, they too are set up for disappointment. Improper expectations sap confidence, which can lead to cutbacks and contribute to the negative feedback loop. The takeaway for us and for investors as a whole is to understand that the underpinnings of the economy, the fundamentals, are all still sound. The growth will be there, just don’t expect it to be the same as it has been.

Q: Where do you see rates heading and what impact does that have on your core strategy?

AO: Our firm believes the interest rate cycle will continue to normalize and go up, slower than 2018, but up nevertheless. The Fed [Federal Reserve] will do its best to keep inflation under control and avoid conflict with the White House, but they’ll continue in a thoughtful, measured way. From our perspective, the key is not to get over our skis on risk. Rising rates simply means we can start buying longer duration fixed income assets.

“Improper expectations sap confidence, which can lead to cutbacks and contribute to the negative feedback loop. The takeaway for us and for investors as a whole is to understand that the underpinnings of the economy, the fundamentals, are all still sound.”

Q: So at the risk of being redundant, can you offer final thoughts on the likelihood of a recession in 2019.

AO: I understand the desire to focus on a recession, especially because the last one was so severe. As I’ve said before, the financial crisis was of a different character than we’ve seen in previous recessions so it tends to confuse and skew the data. That said, it was real and certainly has lasting effects on the conscious and subconscious investor mind. Based on nearly every single index and indicator we scrutinize, there’s simply no reason to expect a recession in 2019. We have to be clear that this doesn’t mean the markets have nothing to fear. I’m speaking broadly about the economy, and the United States in particular. Emerging markets and even mature markets abroad are another story altogether, but the U.S. economy is still going strong. As stewards of our clients’ investments, we will continue to watch and communicate any cracks or even perceived weaknesses. But as a practical matter, we are already adjusting to the likelihood that the markets will be tumultuous and economic growth has hit its peak.

Q: Any final thoughts specific to Hilton Capital and your approach heading into 2019?

AO: Only that we’re maintaining our disciplined approach in our core strategies and remaining positive on the U.S. economy. We’ve made several adjustments already in anticipation of slower growth, changes to the cyclicals and upside on fixed income. One exciting development is the addition of a new strategy to our portfolio, but we will have to more to tell about that in the coming weeks. We have reached a point where our investors are asking for more options under our umbrella, which is humbling and gratifying. It demonstrates great faith in our ability as a team. That’s about all I can say for the moment.