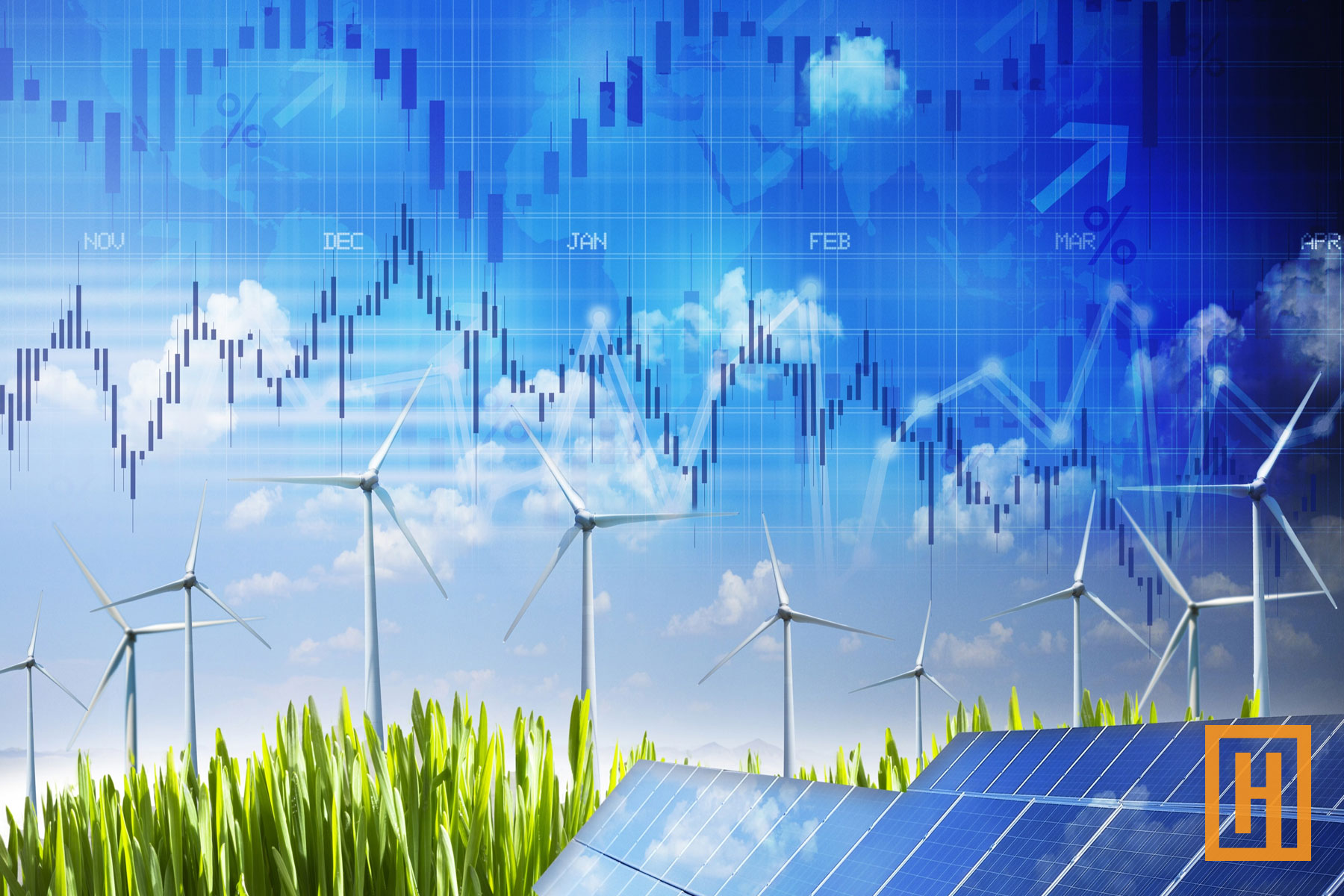 Where Does the Energy Sector Go From Here?

Like virtually all other industries, the energy sector has been significantly affected by the coronavirus pandemic. The Hilton Capital team analyzes what this could mean for the industry going forward and how it might be incorporated into the firm's strategies in the future.

The traditional energy sector has been a staple of investment strategies for decades. From individual corporate holdings and bonds to sector ETFs, the energy sector has driven consistent shareholder return and value, with staggering returns coming in the past two decades in particular. Even under increased pressure and scrutiny to reduce carbon emissions across the globe, the largest multinational fossil fuel producers—the largest chunk of the sector—continued to produce product and returns at astonishing levels.

Then came 2020. Like so many industries, the energy sector was ill prepared for the economic ravages of coronavirus lockdowns, which caused the global economy to grind to a halt. And while other industries are rebounding, energy producers have fared poorly as the global economy picks itself up and the world’s economic engines begin to slowly turn again.

“Going back to the inception of our core Tactical Income Strategy,” says Hilton Capital Management Founder and Co-Chief Investment Officer Bill Garvey, “energy was a core part of our needs-based investment thesis. The sector has served us well but we’ve divested almost entirely from it in the past year or so.”

Air travel is still suppressed or suspended in several parts of the world. The glut of manufacturing inventory across the spectrum has begun to clear out but levels remain high, which means new manufacturing starts won’t kick in until inventories are near depleted. And several nations have taken steps to advance their clean energy protocols, seizing upon this time of quiet as an opportunity to reinvent core infrastructures around renewable energy.

“This is where it gets tricky for conventional players in the industry. Essentially the race to reduce carbon emissions and retrofit energy systems worldwide could potentially offset or erase any such recovery for the fossil fuel industry.”

It’s not the first time investors and experts have signaled the demise of the fossil fuel industry. Those in the industry and investors will recall the famed Hubbert Curve, a theory established by geologist Marion King Hubbert. Hubbert foresaw the eventual end of fossil fuel production, believing we would hit what he called “peak oil” sometime in the 1970s. His models showed that the rate of extraction would outpace reserves in a matter of years, therefore hastening the end of exploration. As we know in hindsight, new reserve discoveries and advanced drilling techniques would prolong the inevitable and portend a much longer future for the oil and gas giants.

Echoes of doomsday calls returned only a decade ago. In an article for OilPrice.com, Alan Mammoser points to a report by the International Energy Agency (IEA) that notes, “in the wake of previous crises, such as the 2008-09 recession, the rebound in fossil fuels and associated carbon emissions was larger than the preceding decline.” However, Mammoser identifies the one differentiator this time around: “A recovery that’s tilted toward low carbon energy with the support of national stimulus programs, would create a different outcome this time.”

This is where it gets tricky for conventional players in the industry. Essentially the race to reduce carbon emissions and retrofit energy systems worldwide could potentially offset or erase any such recovery for the fossil fuel industry.

The economic decline in 2020 has been so severe, however, that we have yet to see the type of investment scale required to begin a fundamental transfer in the industry. As Massomer notes, “Investment in renewable power worldwide is anticipated to fall from $311 billion last year to $281 billion in 2020, a 10% fall with final investment decisions on utility-scale solar and wind projects already declining in the first quarter.”

So oil and gas have caught a brief reprieve, but the political winds appear to be clearly shifting toward robust incentives to bolster renewables and restructure electric grids in nearly every country in the world save for China. In the United States, while the Trump administration has been reluctant to signal such a shift in strategy or to pour federal resources into large scale grid infrastructure projects, individual states have been increasing their efforts and it’s beginning to show.

Hilton’s Co-Chief Investment Officer Alexander Oxenham speaks to the complexities of the sector.

“What’s so interesting about energy is the number of factors that influence performance. Politics, trade wars, speculative pricing, technology,” Oxenham says. “When we think about the sector we typically associate it with oil and gas, but it’s so much broader and more complex than just drilling and distillates.”

“When you start thinking about the outsized impact the cost of energy production has on the global economy, it’s truly staggering,” he continues. “We’re in a moment in history when energy quite literally impacts every decision we make as an investment committee. On the one hand we’re bearish on the outlook of traditional oil and gas producers and related industries like drilling, storage and logistics. On the other hand, suppressed prices keep a lid on manufacturing costs and prevent inflationary pressures from cropping up.

“Then there’s the other side of the energy production coin that is so intriguing right now with the growth of the renewable sector,” Oxenham adds. “We’ve been hearing about renewables disrupting energy for what seems like an eternity. This time might actually be different. I think the stars are finally aligned for renewables to break out and really start influencing manufacturing, distribution and transportation the way that fossil fuels have for the past seventy years.”

As to whether the Hilton team will begin considering renewable investments in their strategies, Garvey and Oxenham offer caution.

“It will happen,” says Garvey. “But even though the industry as a whole has been around for a while, it’s still not as investment-worthy and stable as what the oil and gas giants were able to offer for so long.”

“We’ve been hearing about renewables disrupting energy for what seems like an eternity. This time might actually be different. I think the stars are finally aligned for renewables to break out and really start influencing manufacturing, distribution and transportation the way that fossil fuels have for the past seventy years.”

“Picking up on that,” adds Oxenham, “there are some truly exciting players out there but the industry still feels young and you have a sense that things are going to change a lot and often over the next decade.”

Oil and gas will have to act quickly and boldly to stay in the game for the long haul. With renewable energy not seeing the capital infusion it anticipated (yet) and short-term household demand likely to increase in 2020 and through the winter in 2021, according to the U.S. Energy Information Administration (EIA), they still have time to pivot and expand their influence in the burgeoning renewable sector. As it is, the EIA expects, “high inventory levels and surplus crude oil production capacity will limit upward pressure on oil prices.”

Given this input, the agency projects a monthly Brent spot price average of only $47 per barrel in 2021. Hardly enough to forecast a complete comeback. Declining to take a seat at the renewable energy table could be a catastrophic missed opportunity for storied companies like Chevron and ExxonMobil.

The global consulting firm Deloitte issued a recent update to their Oil and Gas Industry Outlook for 2020 to incorporate concerns around the economic recovery. The report reiterates their existing thesis that “Fossil fuel demand is widely expected to peak around the midcentury,” further pointing to more pessimistic forecasts that project “combined oil, gas, and coal consumption to plateau by 2030.” The report highlights the compounding concerns of COVID-19, commodity price fluctuations, geopolitics and trade wars and the eventual impact of global “energy transition.” It’s this transition that “poses entirely new challenges for these companies and could prove disruptive to long-standing market structures, value chains, customer preferences, and the economic drivers for the oil and gas business.”

Hilton CEO Craig O’Neill offers some final thoughts on the matter, saying, “It’s a mistake to think that the sector is done. It’s a sector in transition and the burgeoning renewable energy sector has a lot of excitement and potential with battery storage on the rise, cost efficiencies in the production of solar and investment capital being thrown at modernizing the grid. There’s a lot to be excited about.

“But Alex is right that for a company like Hilton,” continues O’Neill, “these areas aren’t ready for primetime from our perspective because they’re still a little risky. Having said that, I’m not sure we should talk about fossil fuels and renewables as mutually exclusive when we examine the overall sector because there’s still a transition that needs to happen to move from oil and gas to a renewable, carbon neutral global economy.

“The true mistake,” he concludes, “will be if the traditional fossil fuel producers don’t act deliberately to pivot into new territories. If they rest on their laurels, they’ll ride the sector into the ground and be passed by. Either way, when the renewable energy sector is stable, predictable and offering proven returns, we’ll be there. Until then, we have plenty of places to put our capital to work in the responsible fashion our clients have come to expect.”