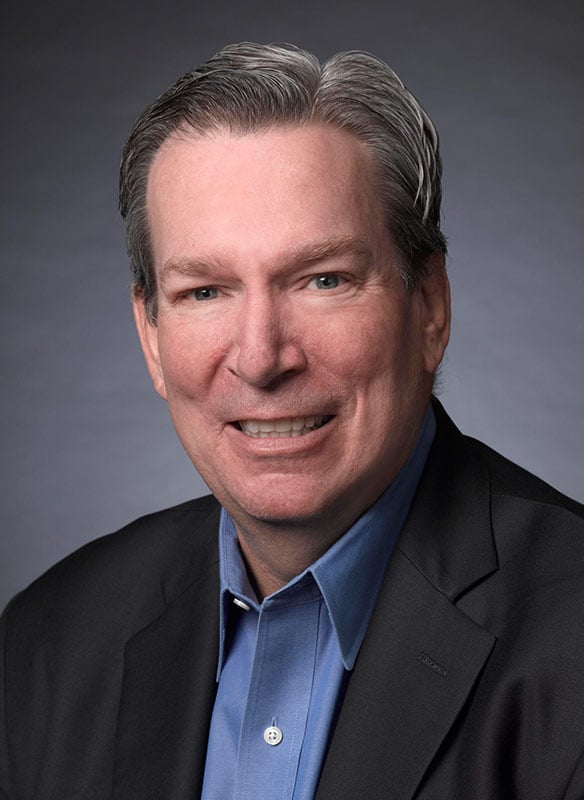 Pick a side. Any side.

No matter which side of the table you sit on, chances are Kevin McCarthy has occupied that chair. In the investing world, McCarthy is the equivalent of the dinner party raconteur that makes everyone’s “must invite” list. The one who adds value to every conversation so you never worry about who they’re sitting with. It’s what has made him such a powerful asset for Hilton Capital and garnered him the reputation as the ‘advisor’s advisor’.

McCarthy began his career on the trading floor like countless financial professionals before him. The hustle and activity of trading belongs to a bygone era but, as many veterans will tell you, it’s an environment that separates the wheat from the chaff; it either spits you out or draws you into the investing world for life. McCarthy transitioned early into the buy side of the business and found himself at a relatively young age running the trading area for Ashland Management. Leadership recognized his ability to do more than simply move money around, so they convinced their young manager to move to the analyst side where during his tenure the firm grew from 1.5 billion to 6 billion under management.

There was another rising star working alongside McCarthy at this time that happened to be a lifelong friend from Garden City, but we’re not quite ready to bring him into the story just yet….

“The hustle and activity of trading belongs to a bygone era but, as many veterans will tell you, it’s an environment that separates the wheat from the chaff; it either spits you out or draws you into the investing world for life.”

We’ve covered a few sides of the table so far, but there was more to come that would round out McCarthy’s resumé. “Quick & Reilly poached me to come to the sell side,” he explains. “As it happens, there was a ton of M&A activity beginning around that time so Quick went to Fleet [Financial Group] then ultimately to Bank of America. The investing world was changing at breakneck speed and though I was enjoying the pace, I had a nagging urge to put my skill set to use somewhere stable, somewhere I could hang my hat for years.”

McCarthy ultimately found exactly that at Rafferty Capital Markets, which is the perfect segue to bring Hilton Capital founder Bill Garvey into our story. “I have known Bill most of my life,” smiles McCarthy. “We came up together in Garden City, worked together at Ashland for a while and always kept close tabs on one another as friends more than anything.” The pair wouldn’t have to work hard to keep tabs on one another for long. On the other side of the Rafferty wall when Kevin was on the equity desk, Garvey was quietly building what would become Hilton Capital. “It was great to watch Bill assemble his team over the years. He had a vision that was unshakeable and year after year it just worked so people started paying attention. When Craig (O’Neill) came on then Alex (Oxenham) joined it was obvious that Hilton was going to soar.”

“I think the advisors, in particular, are drawn to Kevin because he’s literally seen and done it all. Experience matters and he’s such a straight shooter that every relationship is earned.”

When McCarthy finally joined his friend Bill about six years ago, the firm had established an impressive portfolio of private investors and had begun to work with several advisors and institutions. “I brought a few relationships to the table,” McCarthy says modestly, “but I walked onto a winning team. Alex had really codified Hilton’s message and I saw an opportunity to help bring it to market. These guys did a lot of the heavy lifting and we’re all beneficiaries of their hard work.”

Even though this is Kevin’s story, it’s helpful to provide some context from his peers at this point…

“Kevin’s relationships are off the charts,” says Hilton Capital President Craig O’Neill. “He’s the RIA whisperer. I don’t know anyone who advisors trust more than Kevin and these relationships have been absolutely critical to our growth and success.” Everyone you speak with at Hilton echoes this sentiment. “I think the advisors, in particular, are drawn to Kevin because he’s literally seen and done it all. Experience matters and he’s such a straight shooter that every relationship is earned,” says Andrew Molloy, Hilton Capital Relationship Manager.

When presented with these remarks, McCarthy casually waves off the sentiments of his colleagues and steers the conversation back to his longtime friend Bill. “It’s not that complicated. Really, it’s not. Bill is one of the most disciplined investors you’ll ever meet and he’s built a culture of discipline that is durable and scalable. At this point in my career,” he continues, “to be able to help advisors and institutions, manage some very close direct investment relationships and know that you have a team of professionals at the top of their game behind you is a dream.”

Knowing how to be a team player might be a strength in top tier firm like Hilton, but it’s essential as a father of four. McCarthy credits his wife, Marybeth, and four children as the keys to his happiness. “Family is everything,” he says. “These past fifteen years at Rafferty and Hilton were so pivotal. Not many people work with a firm as substantial as Hilton and enjoy a great quality of life. The fact that Hilton is based in Garden City on Long Island is surprising to some. But what a gift. I know how it feels to lose such valuable time in train stations and on the road and when you’re trying to raise a family and be present it’s a difficult balance.”

Seeing the change, watching them work through pain and get on their feet... “ McCarthy trails off here and collects himself a moment later. “Like I said, I’m a lucky guy.”

Like so many Long Islanders, McCarthy finds refuge by heading east. Yet, here again, he distinguishes himself from others who flock to the South Fork to hobnob in the Hamptons in the summer. “I’m the outcast here,” laughs McCarthy. “We’re North Fork people all the way. Growing up my wife’s family had a home in Mattituck so the North Fork truly became our happy place. I wouldn’t trade our time and memories with our kids there for anything.” For those who aren’t familiar with the east end of Long Island, there are two forks. The Hamptons of the South Fork of the island are considered tony and fashionable, drawing the Manhattan crowd during the summer months. The North Fork on the other hand is the more rural, understated stretch of land dotted with farms, vineyards and charming towns ripped from a Norman Rockwell painting.

“Working with advisors from around the country allows me to travel so I’m still out there grinding but it’s different than the day-to-day grind of the city,” explains McCarthy. “At Hilton I’ve found the ever-elusive balance that people yearn for. I’m close to home, able to spend time out east with my family, volunteer my time for a charity that really means a lot to me and work with my closest friends.” At this, McCarthy knocks lightly on the expansive Hilton conference table. “I’m a pretty lucky guy.”

The charity he’s referencing is called World Team Sports, a foundation that provides disabled veterans the opportunity to experience extraordinary events and activities. “The stories they [the veterans] tell are amazing. It’s hard not to be taken over by their spirit. Honestly, it started as an obligation as a board member but now I look forward to it on a personal and emotional level. Seeing the change, watching them work through pain and get on their feet... “ McCarthy trails off here and collects himself a moment later. “Like I said, I’m a lucky guy.”

Apple picking out east. Cycling with veterans from Arlington to Gettysburg. Traveling the country to meet with investment advisors.  Buy side. Sell side. Analyst. Yes, Kevin McCarthy has occupied nearly every seat at the table. But perhaps it’s more apropos to just say he’s a man for all seasons.

Contact us today for corporate, media, or conference engagements.